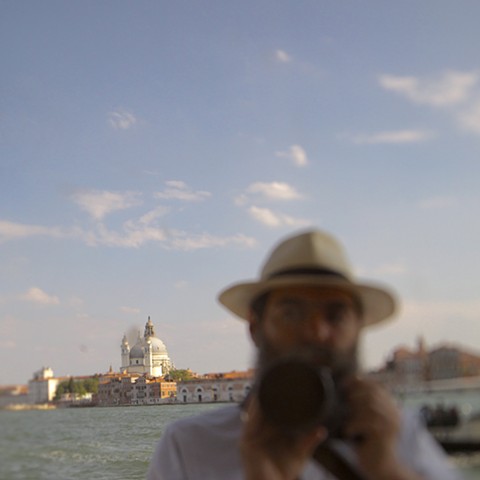 A Belarusian-American printmaker, designer, and an historian of art and architecture, specializing in Italian Renaissance and the Baroque, Anatole Upart had received his BFA in Printmaking from the School of the Art Institute of Chicago in 1999, MA in Art History from UIC in 2011, and PhD in Art History from the University of Chicago in 2021. His dissertation “Ruthenians in Early Modern Rome: Art and Architecture of a Uniate Community, 1596 – 1750” examines art, architecture, and visual culture of Slavic communities in early modern Rome, Naples, and Venice in the Renaissance and Baroque periods. Upart has taught at University of Chicago as well as Clemson, Furman, Benedictine, and St. Xavier Universities. He has presented and published on diverse topics ranging from Medieval processions to montage in the cinema of 1930s. His publications include translations for the Art Institute of Chicago’s "Vanishing Beauty: Asian Jewelry and Ritual Objects from the Barbara and David Kipper Collection" (2016), “Mission in Style: Russian Orthodoxy and Church-building in Illinois” for the University of Belgrade (2017), an article for Print Quarterly (2020), "Master Prokopii’s Woodblock Prints of the Apocalypse at the Propaganda Fide," and one for the issue “Visualizing Past in a Foreign Country: Schiavoni/Illyrian Confraternities and Colleges in Early Modern Italy in comparative perspective,” in Il Capitale Culturale (2018); and a chapter for "Modern Architecture and Religious Communities, 1850-1970. Building the Kingdom" (2018). In 2021-2022, he taught at the University of Alabama at Birmingham as its Visiting Assistant Professor of Early Modern Art History at the Department of Art and Art History. In the summer of 2022 he was elected as a Fellow of the royal Society of Arts (London, UK). That same year, Dr Upart was knighted by Don Pedro de Bourbon-Two Sicilies, the Duke of Calabria and the Heir to the Neapolitan throne, as the Knight of Merit of the Sacred Military Constantinian Order of St. George. Dr Upart continues to be involved in teaching, printmaking, heraldic history and design, and the sacred art.

Artworks are in private collections in Belarus, Croatia, England, France, Germany, Israel, Italy, Switzerland, and the US.